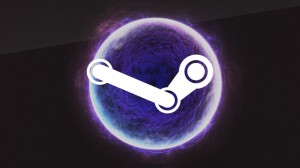 The face of PC gaming is changing.

The days of workstation pcs and computer den’s are fading away as tablets and the living room computing experience gain momentum. Windows is slowly but surely losing it’s impenetrable foothold on the PC gaming market as a result and everyone is scrambling to step in and take control.

In the past year or two, it has not been any kind of well kept Secret that Gabe Newell, managing director of Valve, has had disdain for Windows 8 as a gaming platform. He has been quoted many times in interviews stating his belief that Linux is the future and that Valve will be shifting it’s focus towards Linux support. Sure, sure… we have heard this “Linux is the future” stuff before, but what ever comes of it? It’s almost easy to ignore the comments completely… but this is Valve, creators of the vastly successful Steam, and the company which essentially gave birth to Counter Strike through Half Life… can they actually make this happen?

Following the initial reports of Valve taking on Linux we saw the release of Steam for Linux, as well as announcements of the Source engine being ported to Linux (meaning Linux ports of Half Life 2, Counter Strike, Team Fortress 2, Left 4 Dead, etc etc).

But was anybody ready for this?

SteamOS is the next logical step forward in Valve’s “Big Picture” Steam mode, which brings usability to living room computing environments where text is difficult to read and a mouse / keyboard is not necessarily available. SteamOS will be designed and optimized around the expectation that the system will be used for gaming / media and that the user will be situated in their living room.

Essentially… SteamOS is bringing the unified, community based console experience to the open world of pc gaming.

This is well and good… but let’s not forget that this will be a Linux platform, and well… there isn’t exactly a plethora of Linux games to get excited about. Sure, Valve will be porting their titles, but what is really going to drive the system aside from that? Obviously Valve knows about this glaring issue, and one of the features they will be touting is a game streaming mode in which you will be able to stream games to your SteamOS box from your gaming PC. This doesn’t exactly breath new life into the gaming community but at least it will position SteamOS as a viable living room media device in which it can hopefully get traction for developer support.

Although I am excited for SteamOS, my expectations of it are quite reserved. I see value and huge potential, but I don’t see this as being a direct competitor to the upcoming generation of consoles. There simply isn’t going to be a full set of big name developer backing the environment, until it proves itself to be a major player in the industry.

None the less, I will be an early adopter of this technology with plans to turn SteamOS into my primary media center in my living room. For starters I will likely make it a PC gaming rig extender & run XBMC for media and hope that, overtime, SteamOS will transform into much more.

Derek Eatough is a professional computer programmer and web developer from Winnipeg, Canada, and is the author of this site.
View all posts by Derek Eatough →
← Using CloudFlare FREE CDN to Boost Your Website Performance
Humble Bundle With Android 7 – Linux Supported Games →

One Response to “SteamOS – The Linux Gaming Platform”